Our society tends to value the accomplishments of inventors and thinkers – creative people who have transformed the world with their ideas. We celebrate the famously imaginative, the great artists and innovators from Van Gogh to Einstein. Viewing the world creatively is supposed to be an asset, even a virtue. The startup world and tech industries are fighting to recruit the most ‘out-of-the-box’ thinkers. We are taught that teachers and bosses value creativity, and if we have good ideas, we will succeed in life.

A recent study conducted at University Concordia compared the creative output of individuals from Canada, an individualistic society, to those from Taiwan, a collectivist culture [2]. The researchers found that 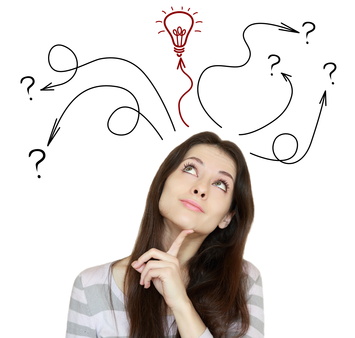 the individualists generated a greater number of ideas than their collectivist counterparts when brainstorming – although the quality of ideas was nearly on equal footing. The individualist groups came up with more ideas, yet they also gave more intense criticism to other team members, and were more self-confident than their Taiwanese counterparts. Yet the Taiwanese groups showed better cooperation, and all participants were more likely to partake in the discussions. Professor Saad concluded that although collective cultures are often more harmonious and cooperative, this harmony may also take away the spark necessary for innovation.

These cultural tendencies for creativity seem to be cultivated early in our formative years. For example, Japanese school systems are environments where students work hard and focus on how to take tests rather than how to think differently [3]. American students on the contrary, spend less time doing homework – instead have a part-time job, do extra-curricular sport and date [4]. This has led to the Japanese as somewhat leaders in projects requiring group collaboration, but in fast paced, ever changing industries such as e-commerce, individualistic societies slightly outperform with their strong innovative streak. The different approaches of individualistic and collectivist cultures have their strengths and vulnerabilities – as some jobs simply require creativity, and others not as much.

How to be more creative

It is often thought that creativity is something that you are born with. In actual fact, creativity is a muscle that needs to be exercised and encouraged, just like intelligence. Try following these five tips to become more creative in your everyday life.

This is the practice of connecting the dots between seemingly unrelated ideas. It is about pulling ideas and insight from all angles. Richard Branson, the founder of Virgin, believes so passionately in association that he made ABCD – Always Be Connecting the Dots – one of his company’s core values.

Curiosity killed the cat? Hardly! Highly creative and innovative individuals are always seeking answers to find out why the world is the way it is, rarely taking things for granted. Newton wanted to know why the apple fell from the tree, and spent sleepless nights and long hours researching, to come up with his theory of gravitational force.

This isn’t about adding more people on LinkedIn, or handing out business cards. This is about meeting people from all walks of life, to constantly challenge what you know about the world and expand your way of thinking. Creative people don’t just stick to what they know – they challenge themselves to try new experiences.

In order to come up with new ideas, you need to venture outside of your comfort zone and try new ways of working. Many companies like Facebook, LinkedIn, Google and Apple introduced the 80/20 concept – where employees spend 20% of their working day on creative pursuits. Creativity requires hard work and perseverance, and fast paced companies recognize the importance of innovation and actively encourage their employees to exercise their creative muscle.

Although culture does largely influence the way people think – peoples willingness to go against the crowd and think outside of the box – creativity is ultimately rewarded in this modern age. Creativity will be a key component to curing cancer, the world having enough clean water, and finding the solution to global warming. It is about encouraging our children and ourselves to use what we know, see the potential of our ideas, and follow through with our passions.

Stay curious, let your mind wander, and see where your inner child will take you.