Why do we drink alcohol? Is it the stimulating or calming effect that we enjoy or does it make us appreciate the setting we’re in? Science has looked at what makes us become addicted and it seems like the reasons change over time.

Addiction, just like humans, is a complex phenomenon. As with any complexity, the reasons that lead us to drink, smoke, or indulge are manifold. Which is why simple answers won’t get us very far. Instead, it is necessary to look at the different factors that lie at the root of addiction. But even if the reasons for an individual’s inability to stay away from alcohol or other addictive substances can be very different, there are always certain behaviour patterns that can be applied to almost every individual.

A Canadian study wanted to exmanine the exact reasons that lead to addiction. What was particularly interesting to them was to analyse what it is that makes us become addicted: Is it the actual effect of the desired substance (e.g. the stimulating feeling caused by alcohol), or is it certain situations and settings that trigger addictive cravings?

US-Soldiers and their in-the-field addiction 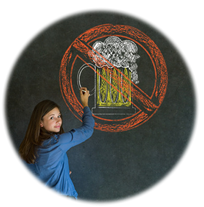 Previous studies have already shown that certain settings and situations can have a great impact on and might even be the main reason for addictive behaviour. An often cited exmaple for this is the case of American soldiers who became addicted to heroin during the Vietnam War. While being stationed in Vietnam, these soldiers showed clear symptoms typical for an addiction. As soon as they returned home, however, the majority of them stopped experiencing these symptoms. It seems therefore that it is not only the effect the substance has on us that is the deciding factor.

However, it is certainly also the pure effect of a substance (e.g. the rush and arousing effect of alcohol or certain drugs) that makes us continuously reach for the bottle or cigarette. So if both factors, the effect itself and the situation that works as addiction-trigger, have an impact on us, we still need to determine how both of them interact with one another.

Rush in a controlled environment

For obvious ethical reasons, it is forbidden to conduct experiments of addictive substances with humans. Therefore, the researchers at the University of Montreal decided to use rats instead [1]. In the experiment, the rats were given a mixture of water and alcohol at one particular opening in their cage. Right before they were given the alcohol, a switch fell out at the side of the cage.

Its purpose was to announce to the rats that the alcohol would now come out. Applied to human behaviour, the switch stands for e.g. a bottle or a glass of wine or a beer tap, creating an association with consuming alcohol. This procdure was repeated 27 times. The researchers now observed where in the cage the rats decided to stay, whether they would choose a spot were they could easily see the switch or one near to where the alcohol came out.

If the rats decided to stay close to where they knew the alcohol was coming out, this would be a sign of craving for the actual addictive substance. However, if they stayed close to the switch, this would imply a craving for the situation which they associated with the addictive substance. What the results indicated was that the rats’ preference for where they chose to stay, actually changed over time. In the beginning, the rats mostly visited the cage’s ‘bar’ where the alcohol came out, but after some time, they started to prefer staying near the switch. This means that while in the beginning the effect they got from the alcohol was the main reason for their addiction, over time, the situation they associated with consuming alcohol seemed to become the main determining factor for their addictive behaviour. 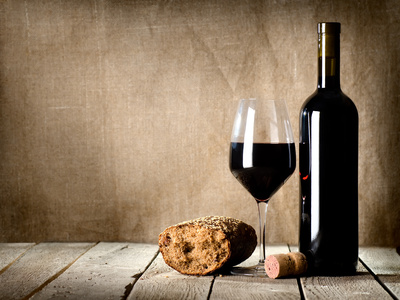 You might be wondering what human behaviour has to do with rats. But there are implications to be drawn here to explain the patterns of human addiction to certain substances. Think of a person standing in front of the alcohol section on a late Friday afternoon. Most likely, this person will be more inclined to buy a bottle of wine for their long-awaited, end-of-work evening. Applying the results of the study to this situation, it is not so much the anticipation of feeling tipsy that will make the person decide to buy a bottle, but rather the fact that it is Friday evening and therefore time for a treat after a long and exhausting working week.

Therefore, the association of a Friday evening with the consumption of a few glasses of alcohol The results can also explain why many people say that the first sip of alcohol tastes best: It is not the effect of alcohol itself that they crave but the positive feeling of giving into the pressure of the situation and doing something that they positively associate with the situation. Experts have known for a long time how influential situations and settings are for an individual’s addiction behaviour. That’s why people with addiction issues are advised to avoid settings they associate with the consumption of an addictive substance.

And even if you don’t have an addiction issue, it might be useful to ask yourself why certain situations trigger a craving of alcohol or other addictive substances in you: Is it the substance and its effect you crave or rather your associations with those situations?