For centuries, philosophers and scientists have tried to pinpoint what intelligence is. Aristotle hypothesized the brain to be the body’s cooling system, and the capacity for intelligence to be in the human heart. Science has come a long way, but we still don’t know for sure what makes some brains cleverer than others.

Do intelligent people have better memories? Or perhaps their neurons have more connections, allowing them to creatively combine seemingly unrelated ideas? How did the firing of microscopic neurons lead to the sparks of innovation behind the discovery of penicillin?

Some of the Theories 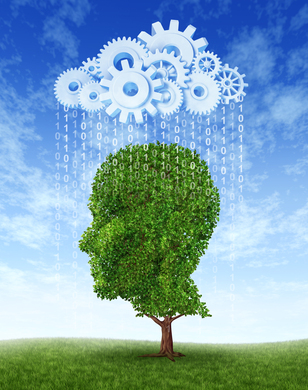 Harvard University’s Howard Gardner in 1983 first introduced the theory that nine different types of intelligence exist. The idea behind his theory is that people are good at different things – some of us are better at maths, while others are cleverer with words or with people. When a child has trouble learning how to multiply fractions, Howard suggests teachers to try to use what the child is good at, to make learning easier. As Rita Dunn wrote in ‘Anne Bruetsch’s Multiple Intelligences Lesson Plan Book’, “If a child is not learning the way you are teaching, then you must teach in the way the child learns.”.

Robert Sternberg, on the other hand, defined intelligence as “mental activity directed towards purposive adaptation to, selection and shaping of, real-world environments relevant to one’s life.” While agreeing with Gardner that intelligence is much broader than a single, general ability, he suggested that the nine factors proposed by Gardner are more individual talents than intelligence. Instead, he saw intelligence as comprising of analytical intelligence (problem solving abilities), creative intelligence (capacity to deal with new situations), and practical intelligence (the ability to adapt to a changing environment).

There are some common traits of highly intelligent people – think of Albert Einstein, Jonathan Franzen and Marissa Mayer. Each has a different life story, and has made very unique contributions to the world. But there are attributes common to those individuals considered ‘smart’.

As Max McKeown once said, “All failure is failure to adapt, all success is successful adaptation”. Intelligent people are capable of adapting, no matter what the obstacles are. These adaptations are necessary in a variety of situations – a student learning new material to obtain his degree, a physician treating a patient with unfamiliar symptoms learns about the underlying disease, or an artist reworking a painting to give the viewer a stronger impression. Highly adaptable people, or intelligent people, work out a solution – whether it be making a change or trying something completely new.

2. They know that they don’t know

Sounds confusing, right? Some of the most intelligent people have famously professed that they don’t know much. Socrates said, “I know that I am intelligent, because I know nothing”. How does that make sense? Well, intelligent people can admit when they aren’t familiar with a particular concept, because something new can always be learnt.

Albert Einstein once said “I have no special talents, I am only passionately curious”. Why is curiosity important? Curiosity makes your mind active instead of passive, helping you to think new thoughts and make connections with what you do know. When you are interested in something, your mind anticipates new ideas and concepts to come your way, to build up your understanding of the topic. Being curious allows you to dig deeper, to get to the real core of the topic if you persevere enough. Curiosity has led to some of the world’s greatest discoveries, such as the internet, life-saving medical treatments and the airplane.

Intelligent people know that asking thought-provoking questions are just as important as having the right answers. Asking the right questions challenges your thinking, and helps you to come up with new solutions to old problems.

5. They’re Sensitive to Other People

Smart people are emotionally intelligent – they can sense what other people around them are feeling. Some psychologists argue that empathy – being attuned to the needs and feelings of others, and acting in a way that is sensitive to those needs, is a core component of emotional intelligence. Emotionally intelligent people usually express a strong interest in meeting new people and finding out more about them. People who exhibit emotional intelligence have the less obvious but vital skills necessary to achieving in all kinds of environments, such as conflict resolution, reading and responding to the needs of others, and keeping their own emotions from disrupting their lives.

6. They’re Open Minded and Critical of their Own Work

Smart people are skeptical about the world, and even their own work. They are willing to accept and modify their views with open mindedness, and to consider alternative solutions. Stephen Hawking admitted that his original black hole theory was flawed, as did Einstein after saying that the earth was not expanding. We all make mistakes – it is about finding these mistakes, and admitting them.

And What is Intelligence?

There is no single explanation for intelligence – there is so much that we still do not know. A better understanding of intelligence will help many things in life be better, from education to mental retardation to child prodigies and Nobel Prize winners. Intelligence is human’s most important adaptive function. It is related to everything – politics, health, social problems, global warming, education, and so much more. Try being a bit more open minded, adapt to new situations, and try new things. Perhaps you could come up with the next ‘intelligent’ discovery!