100 million Americans rode a bike last year, but only 5% cycle at least twice a week. This is a vast difference to European cities such as the Netherlands, where over 99% of the population are regular cyclists. The latest findings suggest that cycling might not only be good for our physical health

A rising number of people are being diagnosed with obesity, type II diabetes and metabolic disorders, and these conditions have been linked to poor memory, learning ability and reasoning [1]. Scientists and physicians are doing everything they can to improve the statistics
One suggested way to improve obesity rates in the U.S. has been to encourage bike riding, and indeed countries who have a high percentage of their populations using active transport methods, namely cycling, walking and the use of public transport, have the lowest incidences of obesity. 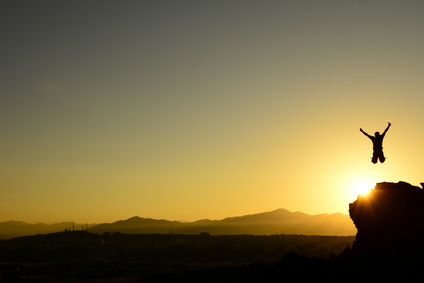 of a factor in the brain called BDNF, which prevents brain cells from dying, induces the growth of new brain cells and connections, and supports brain functioning. It also helps regulate appetite – hence the possible link with obesity. Low levels of BDNF have been linked to Alzheimer’s, accelerated aging, poor neural development, neurotransmitter dysfunction, obesity, depression, and even schizophrenia.
Scientists have started looking at fun, practical forms of exercise which might help lower proportions of the population affected by obesity, with cycling being the clear winner. People can cycle to and from work and save money otherwise spent on gas or train tickets, and get fit simultaneously.
While BDNF levels were found to significantly 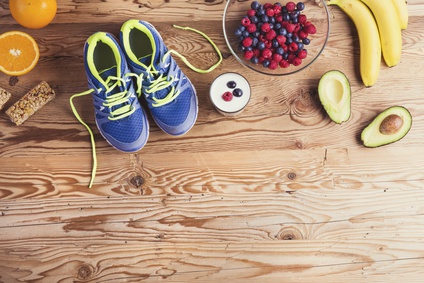 increase in one study, where participants with metabolic syndrome or type II diabetes cycled indoors for 12 weeks, participants did not lose weight. The reasons for this may be that participants did not train for long enough, or their diets were not sufficiently healthy, or that they ate more to compensate for the calories burnt on the bike. In other words, exercise may not be enough to lose weight, but it is enough to raise BDNF levels [2].
Nearly every abnormal state of cognitive functioning is associated with lower levels of BDNF. While normalization of levels may not fully cure or prevent any diseases, having normal levels is associated with increased cognitive performance and better overall brain functioning among those who have certain diseases.

Activities which require balance, quick reactions, and decision-making skills – martial arts, gymnastics and cycling – are the best forms of exercise to control ADHD in children, says psychologist David Conant-Norville, and it seems that cycling may help adults too. In one study, participants who did short but complex exercises were 40 percent more likely to solve a puzzle that participants who did not get moving.

Research shows that intense exercise dampens the chances of developing anxiety and depression and that some patients have been able to quit antidepressant therapy altogether. In a study at the University of Southern Mississippi, participants who suffered from generalized anxiety disorder and exercised at 60 to 90 percent of their maximum heart rate three times a week for 20 minutes say significant decreases in anxiety sensitivity and fear only after 2 workouts. Further research has indicated that people who get regular vigorous exercise are less likely to develop anxiety or depression.
Matthew Stults-Kolehmainen, Ph.D., a kinesiologist at the Yale Stress Center says that raising your heart rate can actually reverse damage to the brain brought about by stressful events. Stress atrophies the brain, in particular, the hippocampus, which is responsible for many functions – especially memory. When you get stressed, you cannot remember things.
Exercise, however, promotes the production of brain hormones which actually improve cognitive function, elevate mood and encourage learning. Exercise is encouraged by physicians worldwide to improve mood and lessen the risk of developing anxiety [3].

Get on Your Bike

Petrol for your car damages the environment encourages a sedentary lifestyle, and many times traveling by car is much slower than cycling. Get a bike, and try commuting to work or your nearby shops to run errands, and see how you like it. The most commonly cited obstacle to cycling is traffic, but with governments worldwide pouring more money into safe bikeways and cycling infrastructure, the situation is only going to improve. Cycling will boost your brainpower, and compliment your brain training efforts.